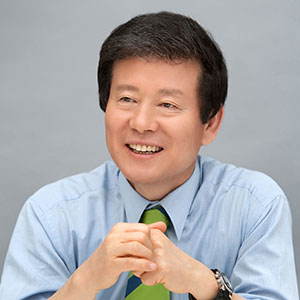 Dr. Lee is Chairman of Next and Partners. Currently, he serves as President of UNGC Korea Network.

He served Samsung for 30 years. He led disruptive transformation of Samsung Group as Head of New Management Team at Samsung Chairman’s Office, and then he became President and CEO of Samsung Corporation.

Thereafter, he founded Homeplus, a joint venture company between Samsung and Tesco in 1997 and became the first President and CEO. He led the unprecedented level of growth at Homeplus, moving to the leading position from the 12th, very last position in only 5 years. He created innovative store formats such as the world’s first “virtual store.” In 2003, he became Chairman of Homeplus; Tesco Academy; and eParan Foundation.

He has been a Board Member of HSDM at Harvard University since 2004. He is ajoint head professor for CEO Sustainability Management Forum at Seoul National University, adjunct professor at Yonsei University, and endowed-chair professor Seoul Cyber University.

In 2013, as a visiting scholar and Executive-in-Residence (EIR) at Boston University, he led roundtable sessions for 6months to discuss and explore “the Essence of Management” in depth with a group of senior professors.

He holds Honorary Ph.D. in Business Management and Ph.D. in Urban Planning and Engineering.