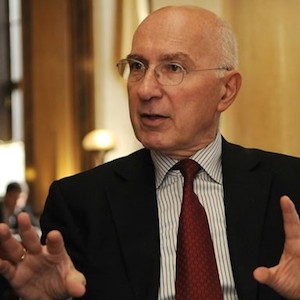 In his 32 years with IBM Dr. Richard Straub has held key international executive positions such as Deputy General Manager for PC Europe and Global Chief Learning Officer. Since 2006 he has started a new career working with non-profit organizations – as part time executive and as social entrepreneur. He is currently executive committee member at the European Foundation for Management Development (EFMD) and Secretary General of the European Learning Industry Group (ELIG).  In addition he holds a strategic advisory role for the IBM Global Education Industry.
In 2008 he founded the Peter Drucker Society of Austria and in 2010 the Peter Drucker Society Europe as non-profit organizations. He is the president of both. The Peter Drucker Society has as its mission to be a catalyst for the improvement of Management as a vital role in modern society. As the crystallizing yearly event the Drucker Society organizes the Global Peter Drucker Forum in Vienna – the sixth edition will be held in November 2014.

Jonathan Spector, President and CEO, The Conference Board
Scroll to top