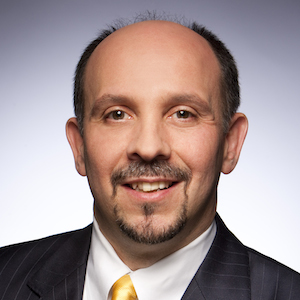 Jamie P. Merisotis is president and CEO of Lumina Foundation, the nation’s largest private foundation committed solely to enrolling and graduating more students from college.  Under his leadership, Lumina employs a strategic, outcomes-based approach in pursuing the Foundation’s mission of expanding college access and success particularly among low-income, minority and other historically underrepresented populations.  Lumina’s goal is to ensure that, by 2025, 60 percent of Americans hold high quality degrees, certificates and other credentials—up from the current level of less than 40 percent.

Before joining Lumina in 2008, Merisotis founded and served 15 years as president of the Washington, D.C.-based Institute for Higher Education Policy, one of the world’s premier education research and policy centers.  He previously served as executive director of the National Commission on Responsibilities for Financing Postsecondary Education, a bipartisan commission appointed by the U.S. president and congressional leaders. Merisotis also helped create the Corporation for National and Community Service (AmeriCorps), and serves on numerous national and international boards of directors, including Bates College in Maine, Anatolia College in Greece, the Central Indiana Corporate Partnership, and The Children’s Museum of Indianapolis.