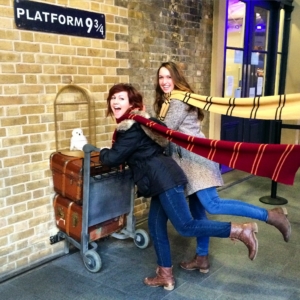 Interned in law at a small human rights firm, Spring 2015

Internship: My internship was with a very small human rights law firm with just around six full-time employees in total.  While I didn’t have one on-going project with the firm, I worked on different things such as researching different bodies of law as they applied to our clients and preparing memos on the topics; drafting letters and notices for our clients and opposition; and creating hearing bundles to be used in court.  I even got the chance to attend court on a few occasions, which was a really great opportunity to see first-hand how the British legal system works.

I Learned: I had no idea that the British work environment would be so different than the American work environment. Though there are definitely exceptions, the British work environment tends to be much more relaxed and laid-back than in the US.  It’s common for co-workers to go out for drinks at lunch and talk about their personal lives at work.  Because my office was so small, I came to know the lives of my co-workers pretty well.  The office felt very comfortable and open, but at the same time everyone was really focused on their work, and I realized that I liked the balance of those two aspects.

I also learned how to travel with other people.  This wasn’t really something I had given thought to before traveling abroad, but it ended up being one of the most crucial parts of enjoying my time abroad.  My roommate and I went on every trip together and had a great travel dynamic, which allowed us to enjoy our adventures.  We came to know who was good with directions, who was good with plans, and who was making sure we were taking enough pictures.  I learned a lot about compromise and communication and planning – the little things that can make or break a trip!

What Surprised Me: The thing that surprised me most when I was abroad was just how much there is to do in London.  It seemed that in the last few weeks of my time abroad I was trying to squeeze in every last ounce of London that I could.  The city is so large and surrounded by so many other great places to visit in England that it’s nearly impossible to fit everything in.  One thing that helped my me and my friends was making a list in the beginning of the semester of the places we wanted to see most – it helped us make sure we hit everything that we had planned on.  Definitely make sure that you spend a majority of your trip in London.  It’s great to travel around Europe, but there is also so much culture and history to explore right in London!

Hardest Part: This is going to sound really cheesy but…the hardest part of my experience was leaving.  After spending four months exploring a new city and learning all about its culture, history, and people, I had definitely developed an attachment.  Not only did I love the city, but I loved being constantly busy and always exploring something new.  I remember the last few weeks I was in London, I could hardly think about leaving the city.  But what’s nice about the BU program is that there are many BU students share that same experience with you.  Once you come back to BU, it’s like you immediately have this family of students who were abroad with you and who you can share memories and stores with.

Best Part: Markets!  Okay, maybe that wasn’t the best part, but it was definitely a highlight.  London has so many great outdoor markets in its different boroughs that are great ways to spend weekend afternoons.  Borough Market and Camden Market have excellent food, and Portobello Market has what seems like an endless amount of antique shops to explore.  Broadway market also has a mix of food vendors and hand-crafted items, and even some musicians performing on the street.

Overall though, the best part of the experience was how much of the world I got to see.  I visited a total of nine countries as well as towns around England.  It was such a great opportunity to become a better traveler, learn different cultures and histories, and see new parts of the world.  As much as I would encourage students to spend a majority of their time in London (after all, it’s such a great city with so much to do), I also encourage them to travel outside of the city or the country at least once or twice.

My Tips: Definitely utilize the social programmes! BU offers coordinated trips and events that you can purchase ahead of time for a discounted group price.  They were really helpful for trips that were difficult to get to without a car, or for finding tickets to shows that would usually be expensive. I went on planned programmes to Swan Lake, Stonehenge, Notting Hill Arts club, and a few others.

Also, be sure to budget!  London can get expensive, but it’s entirely manageable if you plan ahead.  You can find free events and things all over the city that won’t break the bank, and a quick internet search will show you affordable events all over the city.

Finally: museums are free.  This is perfect for rainy days, cold weather, or spare time.  You can explore a museum for 20 minutes and come back the next day to see more of the exhibits.  The BU buildings are also within walking distance of the Natural History Museum (which was basically my front yard for the entire semester) and the Victoria and Albert museum so there’s almost no excuse not to visit them!  There are so many museums all over London – try to visit as many as you can!

Hidden Gems: That’s a hard question – there are a ton!  During my first week in London, my roommate and I went for a walk in Hyde Park and spontaneously ended up in the Serpentine Gallery (free!).  It has really fun interactive exhibits and is fun to pop in and visit.  Another day, we ended up in Battersea park, and I wish I had known about it sooner!  It’s across the river from South Kensington (where the BU buildings are) and has fountains, open fields and sculptures.  It’s a great place for a picnic, a run, or just people-watching.

Also, if you like live music, you have to check out Ain’t Nothin But the Blues.  It’s a blues bar in SoHo that has live music every night (also free!).  I must have gone four or five times during the semester.  It’s a small little place that’s always filled with people enjoying the music and atmosphere.  It was a great activity for weeknights after school or work when my friends and I wanted to do something as a group.

And did I say markets? 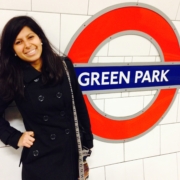 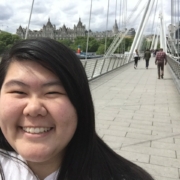 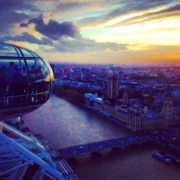 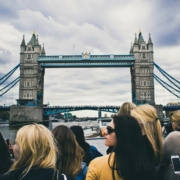 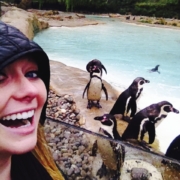