A bright and early start saw the group wake up at 8am sharp on an overcast and gloomy Sunday morning in anticipation for our field trip to the National Defence Academy (NDA). The NDA campus was the first military education training centre in the world to comprise of all three services of the military – the Indian Air Force, Army and Navy.  The aim of the campus is to train and develop the future officers of the Indian military, meaning admission to the academy is not only prestigious but also highly selective. Not only do officers study the art of warfare, they are also encouraged to learn a variety of subjects including Maths, Sciences and Foreign Languages. Most recruits also take up physical activities such as horse riding and swimming, with some even excelling at national level. For all we know, we may have passed the Indian Michael Phelps!

The hospitality at the academy was excellent, all the recruits spoke excellent English and introduced us to their famous Iced Coffee. The sprawling green campus was home to 2,400 new recruits and a variety of wildlife including monkeys, snakes, peacocks and hyenas. We received a tour from each respective service, including the opportunity to play on the Ship Simulator at the Navy base. This was a surprise to our supervisor Ramani, who squealed when Luz and Jiseop started pressing random buttons – perhaps not quite understanding the simulation nature of the program!

In regards to the work projects, it was business as usual. All groups have up to this point made sufficient progress. For example, Ben and Jack this week were able to head over to the archives department of the CAB, where the staff were extremely helpful as they provided us with any RBI printed out documents which should prove to be very beneficial for the project. Unfortunately they had to say an emotional goodbye to one of our supervisors who had been very helpful in guiding and supporting us with the project.

On Tuesday the group as a whole were taken to a local slum where we were given the opportunity to hand out relevant questionnaires to the local people in regards to their banking services. The experience of getting deep into a slum was an overwhelming experience for us all, the people were very friendly and the conditions were of course nothing most of us had experienced. It really did put the poverty into perspective.

On Wednesday as part of their project, George and Luz went on a field visit to various commercial banks across Pune, guided by their supervisors who offered translation services. However, these supervisors weren’t quite as helpful as first appeared, insisting that to fully absorb local culture they should try some local “delicacy” from a random shack offering street food.  After eating the mystery food, their stomachs began to feel the full effects and an hour later they were glued to the toilet seat back at campus, with faces as pale as a ghost. 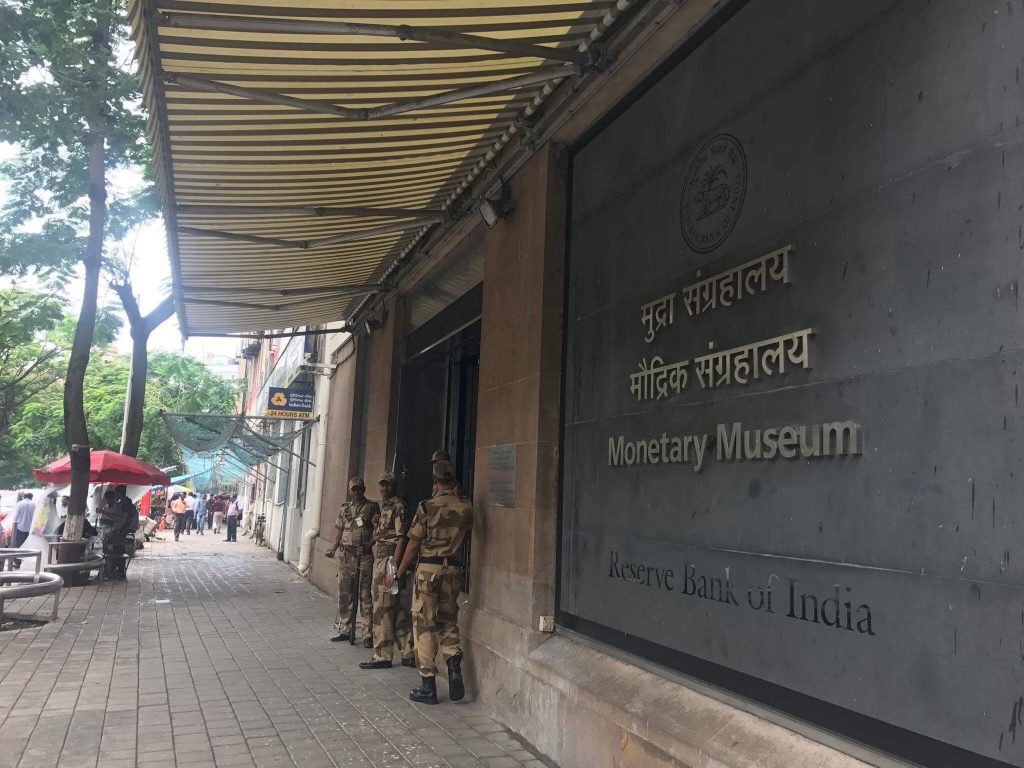 Unfortunately on Thursday we encountered the most difficult and challenging test thus far in the internship – having to wake up at 5am for an exhausting four hour car journey to Mumbai. We arrived around 10am in the sprawling economic city, under the mammoth structure of the RBI central headquarters. This colossal skyscraper towered over the city, providing excellent views of the port of Mumbai when inside. Security was so tight that it felt like we were about to walk into the White House! However, we were a tad early for our meeting so we explored the RBI monetary museum where we saw a wide variety of coins and currency showcasing the history of money throughout India. This was a particularly overwhelming experience for the avid coin-collecting enthusiast that is David , who certainly felt quite at home in the museum.

In the afternoon, we had an informative presentation by two representatives from the ISME accelerator bank who gave us a detailed overview of Financial Technology (FinTech) in India. Whilst this benefitted Joe and Jiseop’s project the most, the presentation was our best to date and captivated everyone, particularly when talking about intriguing and relevant financial topics such as Bitcoins and Blockchain. We were told to stop asking questions as we had to rush back to Pune so we would be in back in time for dinner! We returned exhausted and immediately went to bed, with some choosing to forego dinner.