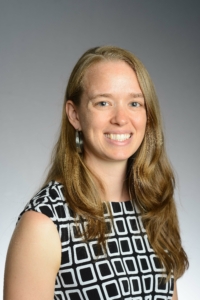 Rouwenna Altemose is the co-founder of the nonprofit All In Energy, started in spring 2018. All In Energy is dedicated to accelerating an inclusive clean energy economy by bringing energy efficiency to underserved communities and diverse talent to clean energy companies. The organization operates primarily in Boston and Cambridge. Before All In Energy, Rouwenna served as National Program Director at the Alliance for Climate Education (ACE) where she directed ACE’s youth education, leadership and advocacy programs in five cities nationwide and oversaw organization-wide initiatives, including leading ACE’s diversity, equity and inclusion strategy with two colleagues. Prior to this role, Rouwenna was a founding member of ACE’s New England region, which educated over 250,000 students at over 400 schools. She built ACE staff teams in New England, New York City and Ohio, directed ACE’s national outreach strategy, and personally presented to over 67,000 students and trained nearly 500 student leaders. Early in here career, Rouwenna was on the outreach team at the Union of Concerned Scientists, supporting their network of scientists and educating the public about climate change impacts and solutions.

Rouwenna is a Kentucky native who has lived in Massachusetts since 2004. She has a B.A. in Astronomy and Physics from Smith College and holds an M.B.A. in Public and Nonprofit Management from Boston University’s Questrom School of Business. In summer 2018, Rouwenna won a competitive spot in BU’s Summer Accelerator program for All In Energy. She is also an Environmental Leadership Program Senior Fellow, and holds a certificate in Nonprofit Management and Leadership from the Institute for Nonprofit Management and Leadership at Boston University. Outside of work, Rouwenna loves to go on long bike rides, hike, travel, dance, and eat good food with friends.