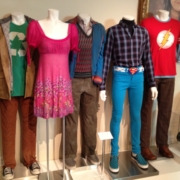 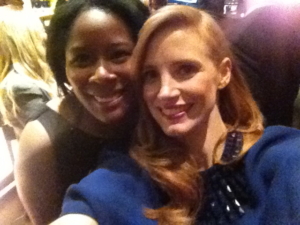 Interned in Distribution at Lionsgate Entertainment (famous for The Hunger Games) and in Marketing at TheWrap.com, a digital news organization, Spring 2013

Internship: For Lionsgate, I did a lot of analytical work. My job was in the home entertainment aspect of distribution, so I had many tasks, such as researching ratings for movies that had aired on television to even picking out which of their films would end up on Hulu Plus.

For TheWrap.com, I worked with their second website, Powergrid.com, and made sure that the data on it was up to date as well as found ways to promote the site to their preferred target markets.

I Learned: What was so great about living in L.A. that I didn’t understand before was just that L.A. is like no city I’ve ever been in. It’s not as big as New York, nor as walkable as Boston. It’s so unique and so entertainment focused; everything in the city is hyper-focused on the entertainment world.

I also learned how important it is to be connected, and how easy it is to be connected. I was able to meet famous executives from big companies who I learned, after speaking to them, had gone to Boston University and was impressed that I was from there as well. The L.A. program really gave me the opportunity to dip my toes into the working world while still having the safety net of being in school.

Comparing/Contrasting My Work Experiences: In all honesty, there were probably many more similarities than differences. The only big difference I saw between the businesses on the east and west coasts was how casually dressed people were (and at Lionsgate, the dress code was only down to business casual). Other than that, Lionsgate had a very corporate environment. I did not have the opportunity to work in the production department, which might have had a more dissimilar experience to the east coast, but I’ve learned that studios have two sides – the corporate one and the creative one. I was more on corporate. The other major difference between Boston and L.A. was that the sun was shining in January.

For TheWrap, I had never worked anywhere near a newsroom previously, so I was shocked to see how loud and fast paced it was. Apparently, this is true for all newsrooms, not just ones trying to scoop director information from The Hollywood Reporter.

Hardest Parts: The hardest parts of the experience would be two things. One was a school requirement: running back from work and then sitting in class for three hours a day. Granted, I choose to work full time (which many people didn’t), so I didn’t give myself the chance to relax. The other worst part was the commute. Originally I had a car. However, it ended up being too expensive, so I took the bus. If anyone reading this considers taking public transportation, please try to leave a half hour early. Then you might be on time. There was also the traffic in general. Traffic in L.A. is awful – if it should take twenty minutes to go somewhere, it probably really takes an hour. But trying to navigate all of that while taking classes full time AND while trying just to survive in the city was challenging, but when things worked out, it was awesome.

Best Parts: I had a lot of best parts of my experience! I guess just working at Lionsgate was a thrill for me because I got to see a lot of the small behind-the-scenes action that no one really thinks of. (For example, I walked past the mail room and saw the original art piece for the new Mad Men poster). Working at TheWrap got me a great experience because I had the opportunity to work an Oscar Party and meet celebrities and have conversations with them. The celebrities included Jessica Chastain, Chris Tucker, and Kathryn Bigelow. But I guess what was also really a lot of fun was being in Los Angles, a city that is so filled with film experiences. I had the opportunity to check out the Iron Man 3 premiere; go to WonderCon and see directors, actors, showrunners, and writers talk about upcoming projects (like Guillermo del Toro and Pacific Rim); and I got to see tapings of shows like The Voice.

I think the best professional aspect of my study abroad trip was the fact that I have experience working in Hollywood. I had the opportunity to get a summer job at NBCUniversal because I had marketing experience and experience working in distribution, something that would rarely happen on the east coast. I feel that if anyone enjoys the entertainment field and wants to try it, L.A. is the best opportunity. Not only are you in the action, but it gives you experiences and connections in the field that would be potentially unobtainable.