Learning as I Go

How one professor new to virtual teaching is making the unexpected, all-at-once transition to online course delivery, courtesy of COVID-19. 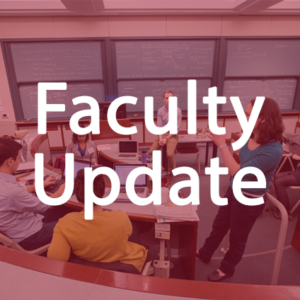 Many of you reading this probably have more experience teaching online than I do—which, for me, is none. Well, that’s not entirely true. A few years back a friend asked me to fill in for a few lectures at a faraway university. But my first day of online-only instruction went so poorly that the university paid to fly me out to its campus for the second session!

So, as you can imagine, in March, when faculty at Boston University’s Questrom School of Business in Massachusetts learned that we would have to deliver all courses for the semester online, I was filled with fear. Would it be another disaster? Or would my students, many of whom had been told not to return to campus from spring break, have a bit more patience? The anxiety kept me up all night before the first class.

It may seem strange that BizEd asked someone like me, with so little experience teaching online, to write this column. At first, I declined. But then I realized that with many of us being thrown into this “cold,” so to speak, it might help others to hear from someone who’s also figuring it out as he goes. I recently chronicled my experience in a Twitter thread, which I’ve expanded on below. Here are a few things I’ve learned in the first week. I taught a 3-hour class to a group of students I already knew as well as an 8-hour class to a new group of students.

Take Every Chance to Connect

When we teach in a physical classroom, often our course is scheduled back-to-back with the one just before it and little time in between. We arrive just as the previous class finishes, and we try to set up our slides and materials as our students file in. In those first few moments, we’re trying to answer their questions while we arrange our materials, which makes it hard to truly connect with them. Ditto, once class is over, and we have to clear out of the classroom as the next professor shows up.

One great thing I’ve found about online instruction is that beginnings and endings of my course are less constrained. For my first online class, I logged onto Zoom conferencing, the platform our university is using for online course delivery, 15 to 20 minutes ahead of my course’s start time. To my surprise, half of my students were already there! That meant we had a good chunk of uninterrupted time to talk about the unprecedented week they had just had. I was able to answer their questions about the switch to the new format and respond to their concerns. Other professors might suggest starting the meeting with all the students’ microphones muted, but if I’ve found that if my students and I are going to show up early, why not leave the mic on and take the time to interact? I can always mute when the class officially starts.

Another way to connect is to use the breakout rooms. These online spaces are typically viewed as ways for students to accomplish small-group exercises. But I’ve discovered that breakout rooms have another significant advantage: They enable students to talk with each other. In a physical classroom, students can see each other (and chat when the professor’s back is turned), but that informal interaction is harder to come by online. Using Zoom, I can mimic that direct interaction with breakout rooms, sending them any instructions for their designated breakout activities directly, rather than via an email to the entire class. But you have to enable file-sending in Zoom, as shown below:

I’ve learned something else that surprised me. I’ve always thought that the default method for a professor to teach an online course was to sit at a computer, wearing a headset while speaking into a microphone. In that posture, I thought the professor would write on an iPad or on a piece of paper on an overhead document camera. I’m sure that would work.

However, I found that my students liked it better when I stood up during our entire synchronous course; they liked it when I was in front of a whiteboard, writing on it just as I would during an in-person class. To accomplish this, I used a standing desk that brought the webcam to eye level, and I pinned a wireless lapel microphone to my jacket. More than one student said they found the approach more “classroomy.” Here’s a picture of my setup below.

Note however, that I was teaching from my office last week. We just received notice that non-essential businesses will be closed, so I’ll be doing tomorrow’s class from home. Teaching from home makes this suggestion more difficult to implement, and especially complicated for those who have young children.

At Boston University, at least, students were asked not to return to their dorms after spring break. Those who did anyway were later told to evacuate the premises (exceptions were made, of course, in cases of hardship). Most students returned home—which for many of them was out of the country. Several of my students relocated from campus to the other side of the globe.

Before our first online course meeting, I received a couple of panicked emails from students for whom my class would start at 3 a.m. local time.  So, I sent out a pre-class survey simply to ask the local time for each student. I was surprised to learn that one-fifth of my students were in locations that had more than ten hours’ difference from local Eastern Standard Time!

I didn’t think it reasonable to ask them to log in after midnight (though to my surprise some did for the first class). I made sure to give a shout-out to those students who went the extra mile, which also helped their classmates to understand how complicated class was for some of them. Because I grade attendance and class participation, I had to come up with alternatives. Because there were so many faraway students I offered a separate “section” if they could agree on another time, but that proved too complicated. Instead, I offered to let them do write-ups about the material for that day (submitted before class starts) and most have taken that option.

In Some Ways, Class Participation Is…Easier

My biggest worry about going online was replicating the classroom dynamic. To my surprise, the class dynamic has turned out rather well. For one, I am terrible at memorizing names, and not everyone brings their nametags to class. One surprising benefit of online instruction is that students type in their names when logging in. I’ll never forget a name in this format.

I also have been impressed at how engaged my students are. At first, when I posted open-ended questions, I thought I would need to do a lot of cold calling—which I generally avoid, as I do not want to embarrass anyone. But that has not been necessary. Students have been quick to use the “raise hand” feature to answer every one of my queries.

That said, I also soon discovered that for class participation to work, everyone needs to have their video feed on—students who log in using an audio-only connection cannot have the same experience. Not that audio-only can’t work—for instance, one of my students had a broken webcam, so we had to do a role-play exercise together in that format. But when there’s only a few of us logged into the course with video feeds, it feels as if we are “staring into the abyss.” For that reason, I’ve quickly learned that it’s important to give everyone a heads-up that I want them to participate with their video feeds on—otherwise, they might not be ready, in terms of the room they are in or how they are dressed.

With Zoom conferencing, course participation is as simple as students pressing the “raise hand” button. I can see at a glance who wants to say something, almost more easily than in a live classroom where I might have to scan around the room. I am training myself to remember to have them put their hands down when moving to a new topic—otherwise I could be looking at old comments—but that’s not been difficult.

Technology Is Your Friend

I’ve also learned that a little attention to technological setup can ensure students receive the ideal participation experience. For instance, if you have dozens of students, you’ll want their video feeds on a dedicated, large screen so you can look at them without having to toggle between windows. It also feels more natural to direct your attention to the video feeds rather than the webcam, so it’s important to place the webcam on top of the monitor with the video feeds, so that you’ll be “looking them in the eye,” so to speak.

To be able to have a dedicated monitor for students’ video feeds, professors will need a dual-monitor set up (instructions below).  That allows them to have tools such as participant lists, the chat room, and breakout rooms, on a separate screen.

A monitor that can be easily positioned in portrait-mode orientation screen works especially well for this—that’s because participant lists are vertical and you want to avoid scrolling if you can. I actually have been using three screens—one for video feeds, one for course tools, and one for my slides. However, two is probably enough.

Speaking of slides, if you’re using Beamer—a tool from Overleaf for creating presentation slides—you can simply hit Ctrl-L to display your slides at full screen. However, I’ve found that PowerPoint can be finicky. When using multiple screens, it tries to take over all available screens—which you don’t want to happen. To prevent that, choose the option “browsed by an individual (window)” in PowerPoint’s Slide Show setup (shown below). That will keep your slide presentation to one screen only, with small white bars on the top and bottom. Sadly, it seems you need to do this separately for each slide deck.

Playing videos has worked really well for me, when I tell Zoom to send the audio and optimize the slide-sharing for video (see window below). In any case, I am trying to ensure that every video I play is clearly audible or otherwise, I need to caption it so that students won’t miss a word.

It’s Not as Bad as I’d Feared

In my first online class, I told my students that we have only been able to move our courses online so quickly because today’s videoconferencing platforms offer the ability to engage and interact in ways that wouldn’t have been possible even a few years ago. This introduction was a way not only to break the ice, but also to acknowledge that in many ways, we were ready for this, even if we did not know it.

It’s hard to believe that I’ve only been teaching online since mid-March, when the world was turned upside down. But even more surprising is how smoothly the transition has gone. In the weeks ahead, as we all acclimate to the impact of the coronavirus and social distancing, we will continue to find ways to enhance our online course delivery and keep our programs going. In a very short time, I’ve already come a long way from where I started. But I know I still have much to learn.