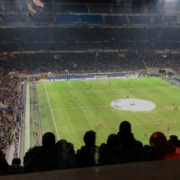 Where and when did you study abroad/off-campus?

What did you do for your internship and what kinds of projects were you assigned (if you had one)?

N/A – not an internship role.

What are two things you learned from your time abroad/off-campus that you may not have learned otherwise?

What surprised you most about your time abroad/off-campus?

The class dynamics are very different. You are not expected to go to class, but classes are very challenging because they expect you to go above and beyond of what the class teaches you. They expect you to be very well versed in the class topic and challenge you to think critically beyond practice exams, homework, etc.

What was the hardest part of your experience?

The change in class dynamics. In some cases, classes give you practice exams or quizzes, but they are not similar to the exams. As mentioned, they expect you to go beyond of what is taught in class to earn an A.

What was the best part of your experience?

Being able to meet so many people. Being in Europe gives you the opportunity not only to meet other exchange students at your university, but to explore the neighboring countries and meet people everywhere to go. It helps you put everything into perspective and understand the world better.

What are your best tips for those planning to study where you did?

Are there any hidden gems that your classmates should check out?

Milan is easy to navigate. There are no places you won’t find after a quick google search for things to do. What I would recommend is knowing what places are open when it’s snowing and planning on going there before it starts snowing/when it stops snowing. 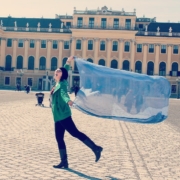 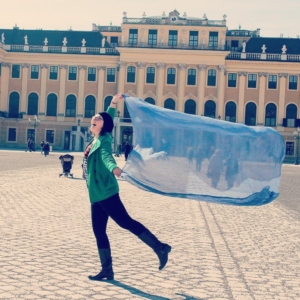 Studied in Milan, Italy at la Universita Bocconi, the premier business and economic school in Italy in the spring of 2015.

Exchange Program: I chose a program without an internship. I instead wanted to be fully immersed in the academic culture of Italy. All my classes were taught in English, but with a variety of students from Italians to Australians.

I Learned: I learned a lot about learning hands on. In Italy (as compared to other countries in Europe), people speak more often in their home tongue. There were people I would meet that couldn’t speak English, and I couldn’t speak Italian. I learned to embrace and learn from experiences like these. It became fun to learn the Italian hand signs and find my way around. I also learned hands on through travelling. You don’t realize how dependent you are technology until you have to rely on wifi. I learned how to plan ahead for the day while I had Internet and how to maneuver and use maps. It became a fun game. I think this experience has taught me many great ways to think on my feet, which many employers will be looking for.

What Surprised Me: I was surprised by how easy and affordable it was to travel. In Milan especially, there was a train station to get to anywhere in Italy and three airports with an abundance of flights. If you think you can’t afford to travel, go to kayak.com or skyscanner, and you will see. I got a flight for $17 from Athens to Rome! I knew I wanted to travel a lot, and I wouldn’t have been able to go to as many places if I weren’t in Milan.

Hardest Part: The hardest part for me was the beginning. That first week is very much like going back to freshman year where you don’t know anyone. There was only one other BU student in my program, so it was easy to feel discouraged and nervous about finding the “friends of a lifetime” that everyone talks about when they come back. Don’t worry. You will find great people. You just need to stay open to the experience. Once my group of friends was solidified, it was all uphill from there.

Best Part: The best part of my experience was the travelling. I was able to arrange my schedule for classes only on Tuesdays, Wednesdays, and Thursday, so I traveled most weekends. Some of my favorite memories from abroad are of my friends and me drinking port wine on the beaches of Portugal, jumping into the Mediterranean sea in Malta, seeing the Vienna Opera, and that is just to name a few.

My Tips: I had difficulties with the whole visa process. I didn’t sign up for a slot in time at the consulate, and it was a giant headache. Once you know you want to go, set up your meeting online. It will save you lots of time and nerves to get it out of the way. I would also suggest living in the dormitories. While some people prefer to live off campus, Bocconi has an exchange student dorm that makes finding friends very easy.

it is the best gelato in Milan (and maybe Italy). If you are interested in karaoke/open mic nights, there is this small place called Barrios that has music on Tuesday nights. My friend and I went and were the first foreigners to ever sing on their stage! It was awesome.

Maddie at Sound of Music Gazebo in Salzburg

Tree of Life at the Milan Expo