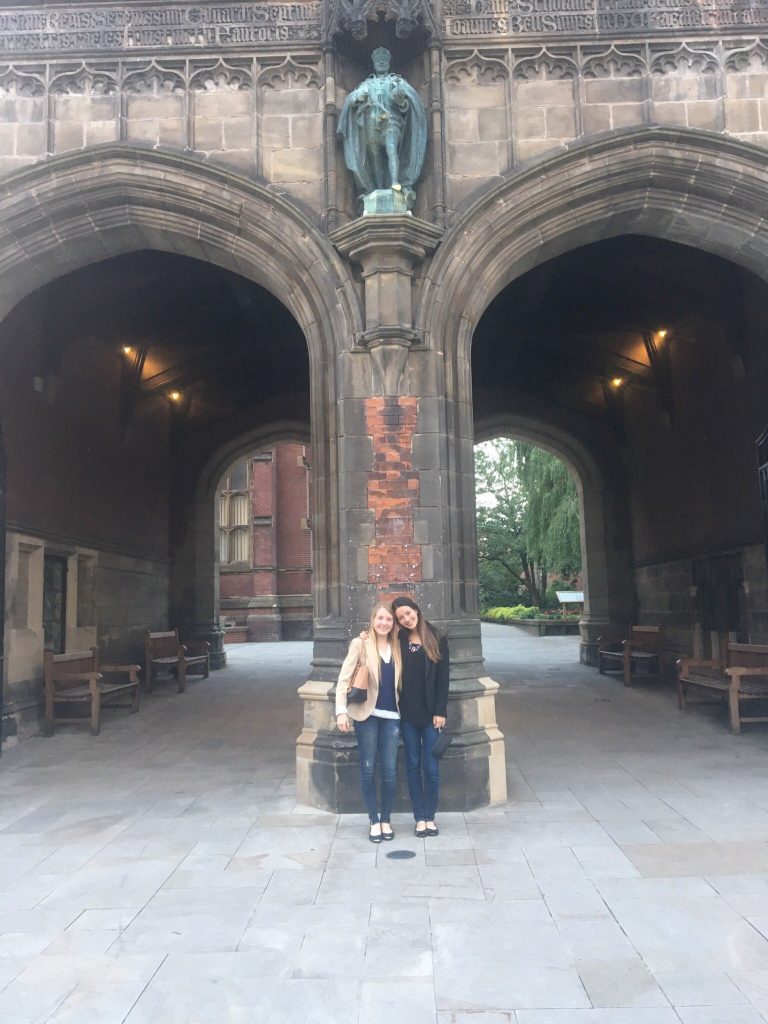 girls from Colombia. Interestingly, these two Colombians (Andrea and Isabella), both study business at Boston University, yet only met because of this internship. We both arrived early Friday morning and headed to our accommodations right next to the Newcastle University Business School, or as we later learned, “NUBS”. Even though we were jet lagged and didn’t have UK sim cards, we set off to explore the city. However, we didn’t go far because we didn’t want to get lost without Google Maps! On Saturday, however, we activated sim cards and decided to explore Quayside and the River Tyne. By the river, we went to Catpawcino, a cute little cat café where you can spend time with five playful cats and drink some tea or have a snack. We then walked around and were amazed to see bridge after bridge, adding up to 7, along the River Tyne. We were beginning to get hungry so we tried to get into several restaurants along busy Grey Street, but to our surprise everything was booked. We then found a hidden but delicious Italian restaurant (Pani’s) and enjoyed a nice dinner. On Sunday we had brunch at Quay Ingredient. We thought this was pronounced how it is written, but we later were told it is pronounced like “key,” which makes more sense! Then, we went to the Baltic Centre for Contemporary Art and enjoyed the expositions and the views of the river. Meanwhile, the Quayside Market was going on from early in the morning until the afternoon. There was a Venezuelan stand, along with more international cuisines, and typical English meals and snacks. We also saw lots of sweets, crafts and fresh vegetables. After walking around and buying some sweet goods, we decided to return to our new home, since we were going to have an early morning the next day.

Second arrival: another lost girl from Xiamen (Michelle). Before taking another flight to Newcastle, my friend and I, had a night stay in London. The next morning, we had a really great breakfast at the hotel restaurant where you can see planes taking off right in front of you. It was fantastic! Helen welcomed us after arriving in Newcastle. Everything was just perfect! The dorm is really big, as well as cozy, and what must be mentioned is that local people are really nice, literally. We received a lot of help everywhere we went. As new arrivals, we were truly happy and relieved. We went shopping on weekends to prepare things for work and also bring presents for our friends in China. Newcastle is a nice place for shopping. The place is beautiful. We took a lot of pictures and shared them with our friends in China.

The most difficult things to get used to were the food and the weather. Xiamen is a sunny island where the average temperature is 35 degrees celsius. We felt so cold and local food was also cold. I kept making complaints. But then I found very good raw food and I learned to cook for myself. I actually learned a lot from Andrea and Isabella about how to cook with those materials. So many things to get used to including the language, and I’m glad I have been treated patiently by my group mates. Too many places to explore and I’m really excited every day. 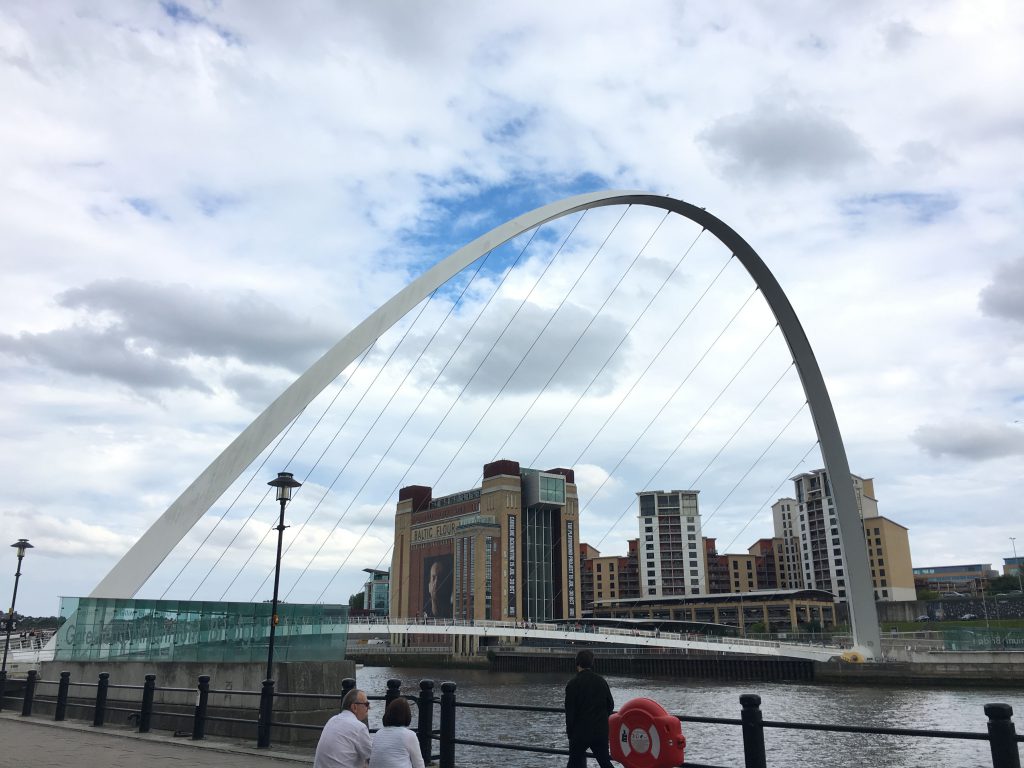 On Monday after introductions, ice breakers and tours around the University and the city, we had a dinner at the University’s restaurant, the Courtyard. Harry Swan, the managing director of Thomas Swan & Co, Ltd. joined us. We talked about the project we were going to start the next day, and got to know him.

Don’t be fooled by the fact that this is listed as an internship in Newcastle. Getting to the town of Consett (where Thomas Swan is based) requires taking a one hour tour of the surrounding villages on a rickety bus, which isn’t exactly desirable at 7 in the morning. Even then, once we were dropped off in a town as cheerful as you’d expect a former North East mining centre to be, we had to find our way to our offices for the next 3 weeks. After a brief walk, we arrived at the chemical plant, and the last thing any of us expected to see was a deer frolicking around in the fields – but there it was. This actually served as a great representation of what the company is about. Harry Swan, the Managing Director, is striving to take Thomas Swan in a sustainable direction, and Harry envisions his company to eventually be able to positively impact their local environment – not an easy task for a chemical manufacturer! But, he is succeeding, and it really feels like our project will go some way towards his final vision.

Before we started properly working on our project, we were given a health and safety brief by a friendly guy named Rory. Though the thick Geordie accent may have been a slight challenge for the girls, I think all of us now have an unparalleled insight into how fire extinguishers work. We were also given an informative tour of the plant, which felt like we were in a real life episode of How It’s Made.

Our job is to find a plant derived chemical that has proven market demand to be grown in a sustainable manner. We are five business and economic students researching technical chemical processes, so academically we are out of depths and at times it has been confusing. Despite this we have managed to uncover 15 relevant molecules and further narrowed down the list to 10 hopefuls. We developed a criteria for the chemicals to meet; availability, yield, crop cycle and market demand. Our research methods have proved strong and the team chemistry is helping.

Week 5 in India with SEWA
Scroll to top