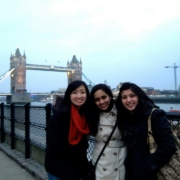 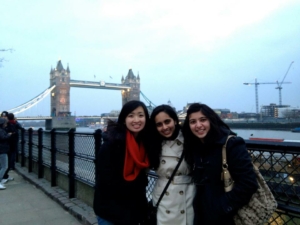 Interned in Information Systems and Marketing at Whizz-Kidz, Spring 2013

Internship: I interned at Whizz-Kidz, a non-profit organization that raises funds to provide mobility equipment for physically and/or mentally disabled children throughout the United Kingdom. My primary responsibilities involved the Children Services Department, where I collected and analyzed client information through a central database and then relayed the information to improve their overall business processes. In addition, I assisted in creating marketing strategies and preparing for the charity’s participation in the London Marathon.

I Learned: My internship experience gave me an intriguing insight into alternative health care policies. It is well known that there is a free health care system throughout Britain. Thus, in comparison the United States systems, this indicates very different responsibilities for health professionals, technology, insurance companies, and sponsors in Britain.

I also learned how cultural and/or overall environmental differences can impact businesses and the way in which managerial procedures are run. Amongst the scope of politics, technology, and other environmental factors, business managers must be cognizant of the discrepancies between domestic and foreign markets then adjust their strategies when managing operations elsewhere. I did not realize how important cultural understanding was until it affected me in my workplace.

Comparing/Contrasting My Work Experiences: A major similarity I noticed between my work experiences in the U.S. and the U.K. is the high degree of working in teams. Both experiences encouraged team work in completion of a project as well as introduced me to people with unique cultural and ethnic backgrounds.

An intriguing activity that I experienced in London was weekly “afternoon tea” where different departments would bring food, snacks, and tea to celebrate the end of each week. This enhances office cohesion and introduces people from different departments to each other who would not have met each otherwise. It was unlike anything I have ever experienced before in the work place.

Hardest Part: Working under culturally different ethics and adhering to them was a major challenge for me. I realized that the way in which problems were resolved was very different in my London internship than my previous work experiences in the U.S. I once worked at a technology consultant group in the U.S. where compromising with the client was the ideal approach to settling a dispute. Meanwhile, at my internship in London, most of their work practices seemed more focused on finding the most effective solution to a conflict. This was especially difficult when working in teams because I was often tempted to make a compromise while my teammates were more focused on figuring out which of the options was the “right solution.” Finding the balance between ‘compromising’ and ‘directly solving’ was incredibly satisfying and led to impressive results.

Best Part: Meeting and making British friends! It was strange to be considered as ‘the visitor from America,’ but they taught me so much about their culture and took me to places I would not have gone to otherwise. 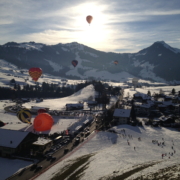 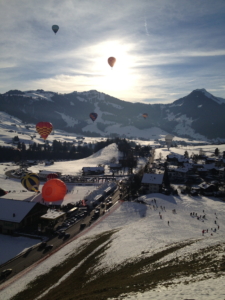 Interned in Consulting with Global Development–Advising the Leaders, Spring 2013

My role as an intern included a wide variety of tasks including working with the president on a daily basis on internal briefings and consultancy proposals, participating in conference calls, and facilitating and coordinating planning for a private sector round table discussion at the Global Newborn Health Conference in Johannesburg, South Africa. Throughout my time at GD, I had the unique opportunity to work with people from all different organizations and got to see daily, first-hand how these partnerships to improve international development were formed.

I Learned: One major lesson I learned was how to travel practically in foreign countries with people that you may not know. Once I got over the initial confusion of being in a new place, being open-minded but conscious allowed me to make the most of my travels around Europe and exploring within Switzerland as well.

In terms of my internship, one thing I learned was that hard work really pays off no matter where you work. If the people you work with see that you are trying to learn as much as you can and putting in effort, they will appreciate it and take your contributions seriously.

Comparing/Contrasting My Work Experiences: Since the organization that I worked with was so small, one thing that I was encouraged to do was make suggestions to the president herself, which was something that I couldn’t do at bigger organizations. Adjusting to the slower pace of business here was a challenge at first, but it really allowed me to focus and submit my best work, allowing me to spend a bit more time on projects to make sure they were done right.

Hardest Part: The hardest part was budgeting out time and money and trying to prioritize what I wanted to do. However, planning things out as best as possible early on in the program really allowed me to make the most of my time in Geneva and spend my time seeing and travelling to different places with some amazing people.

Best Part: The best part was being immersed in a new culture and seeing just how different things are from the US. It not only opened my eyes to another part of the world but also made me appreciate so much about things back home, both in and out of the classroom. 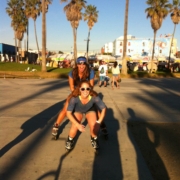 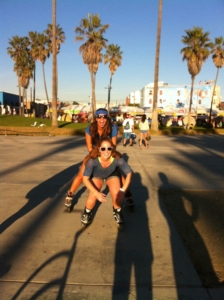 Sydney: Intern in Media and PR at The Royal Agricultural Society of New South Wales, Spring 2011

Internship: The Royal Agricultural Society of New South Wales is a non-profit governmental organization that puts on the largest set of events in the Southern Hemisphere called the Sydney Royal Competitions.  The largest event they put on is called the Sydney Royal Easter show, which is a two week long event in April that took place after my internship had ended, but my supervisor asked me to come back and participate, which I was thrilled about.  I worked in the press box on the Sydney Olympic Showground with all the different media outlets.  I was able to work one-on-one with radio stations, the local 7 news channel, and the Disney Channel, helping to pitch story ideas they should run.  I was also able to make YouTube videos about the different days of the show and host interviews with the show talent to create press releases.  To this day I remain very good friends with those I worked for, and even the show talent, including the world’s smallest strong man, “Goliath.”

L.A.: Intern in Publicity for NBCUniversal at Bravo and at Shop Talk Los Angeles, Spring 2012

Internship: I assisted the publicist on site with interviews and live tapings as well as at the NBCUniversal Summer Press Junket.  I was also responsible for creating the press book for the series debut of the “Shahs of Sunset.”  In addition, I was an intern at a start up called Shop Talk Los Angeles.  The founder of the company was a BU alum, and it was such an incredible experience learning from her.  I was able to work directly with clients and vendors, creating partnership marketing proposals and recap reports.  I also managed pro-bono client Children’s Miracle Network and their Extra Life initiative which is a 24-hour gameathon.

I Learned: Living in another city, whether nationally or internationally, provides tremendous insight on the different backgrounds and cultures of other people.  Immersing yourself in a totally new place and living the way other people do is eye opening.  Whether you enjoy the experience or not (which I did) at the very least, you learn about different people, you learn about yourself, and you meet people you would never have expected to.

Comparing/Contrasting My Work Experiences: Comparing my two abroad working experiences, given that one was national and one was international, there are a couple differences I have noticed.  In Australia, I was able to contribute to the final outcome of significant projects and events.  I was pitching story ideas and editorial angels as well as writing full press releases with very little oversight. I enjoyed the creative license I was given.  This experience actually was similar to my experience working at the start up company in LA.  My boss always encouraged me to participate in contribute ideas during client meetings.  While I appreciated the autonomy I was given in Australia, as an intern, it is also important to ask for feedback in order to grow.  My business experience in the U.S. may not have had as much autonomy, but the training programs in place provided a great learning opportunity for me.  No matter the differences between home and abroad, the one commonality is myself, and what I chose to make of the experience.  If given more autonomy, I still need to be proactive and ask for feedback.  If given a lot of oversight, I need to feel confident in asking for more responsibility.  Unequivocally, Australian and American approaches to work and the respective cultural mind set behind each, are both positive and negative in their own right.  With that, no matter what it is that I do or where it is that I work, being proactive and maintaining a balance is key.

Best Part: All of the adventures we were able to go on.  In Australia we went to surf camp, we played with kangaroos and petted koalas. We were also walking distance from some of the most beautiful beaches and nature you will ever see.