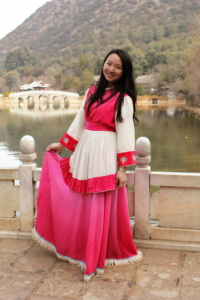 Interned for US Consulate General Shanghai under the Commercial Service group, Spring 2013

I Learned: One of my biggest takeaways from this program was seeing how big this world is and how many different opportunities there are. In Shanghai, not only did I learn how to live and work in the local environments, but also I met people from all over the world such as Europe and Australia. Although this world is big, any similar experiences or interests will allow you to start a conversation and make friends with people from around the globe.

Also, it is unbelievable how quickly China, particularly Shanghai, is developing. Stepping out of my comfort zone, even just slightly, gave me the most rewarding experience I had in my life. Sometimes, I would live the life of an expat. But one block from the bustling street, you can find local vendors for the local experience. Among the high rises and wide roads, you may also find countless motorbikes and bikes waiting for the red light to turn green. Sometimes I feel like there are more of these than actual cars.

Comparing/Contrasting My Work Experiences: My internship environment was slightly different than my other classmates abroad. Since I worked in the Consulate, it was a relatively American environment. Even all the locals who worked in the office were fluent in English. The Chinese work culture in the Consulate was less evident in comparison to the cultural immersion experienced by those who interned at Chinese firms. I highly recommend this position to those who are hesitant due to the language and cultural barrier. However, again, if you are able to step out of your comfort zone and communicate with the locals in the office in Chinese, they are more than willing to hold deep conversations with you. The work environment in China tends to be more lax, for example, lunch breaks tended to be longer. You can go to lunch and visit a trade show afterward before heading back to the office. I was working more independently than I was in the States, so I was responsible for completing the projects on time. This was opposite from the team experiences in SMG.

Hardest Part: Traveling and settling in a foreign country was not easy, especially coming from the all-so familiar America to a developing country like China. For some, the hardest part was the language barrier. For others, it was the cultural differences or homesickness (most will experience that some time during their stay abroad); however, for me the hardest part was the commute. Their subway system is definitely more developed with 13 lines and newer than Boston’s. However, the commute to and from the city could easily take an hour, not to mention the amount of people during rush hour (especially when commuting to work). A solution to this is cabbing. Fortunately, cabbing is affordable, especially if you are commuting with another person or a group.

Best Part: There were too many parts of my study abroad that made it the time of my life. This includes the people I met, the freedom and independence, the internship experience, the travels, and best of all, the FOOD!! No one will disagree with this. 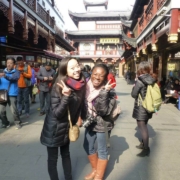 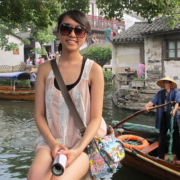 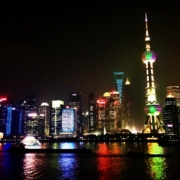 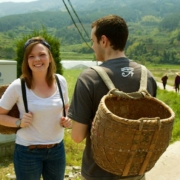 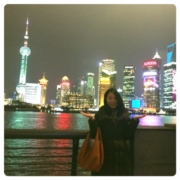 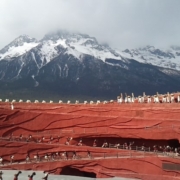