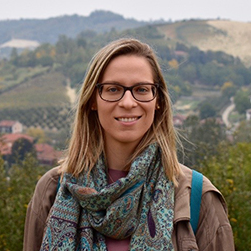 Alice currently works as a Business Developer at Nordea Bank in Copenhagen. Nordea is one of the largest banks in Europe and the largest bank in the Nordic region, making it a valuable member of the global economy. Alice works within the Anti-Financial Crime team, ensuring the right controls are in place to secure that all clients and transactions that pass through the bank are compliant with sanctions laws and regulations. In short, sanctions are a foreign policy tool that governments (e.g. EU or US) use to restrict an individual, company, or an entire country’s access to financial capital in order to bring about a change in unwanted behavior like human rights abuses or state-sponsored terrorism. If the bank were non-compliant with US sanctions, for example, it would lead to serious consequences such as reputational damage, large fines, or even the loss of the bank’s license to operate in the globally essential US financial market.

In her role, Alice has responsibility over coordinating strategic objectives in her department and develops processes and tools for investigation teams in the bank, who check for suspicious activity and trace all transactions back to the main source to make sure that funds are moving between acceptable parties and do not violate sanctions. While the US and EU provide a list of countries, companies, and people with sanctions against them, tracing these transactions is not as simple as checking for a name. Often, transactions are not very transparent and there is a need to gradually peel back the layers to ensure there aren’t any linkages between bank funds and sanctioned activity. As technology continues to evolve and transactions grow increasingly complicated, the need for the bank to keep up has grown as well. While Alice may not have known much about this field a few years ago, she has certainly entered a growing and increasingly utilized position at a very valuable time.

In order to get the most out of a position such as this, Alice states that you have to be passionate about protecting society and ensuring that companies are complying with both legal and ethical standards. It’s important to realize the major social impact that comes with this position and to be a person who loves to ask “why.” Alice encourages her team to always be asking “why” they are working in this field, as every member of the team plays a part in the overall societal impact. The job is all about asking questions and searching for areas of concern. However, it’s not always easy to determine the best way of raising these important questions and red flags. That is exactly why Alice found herself enjoying a recent project focused on sanctions training. This particular project brought a new form of excitement to the role, as Alice was asked to develop a training program for members both within her own department and in other branches of the bank. The training helps teach employees how to best ask the right questions from customers to identify sanctions risks and define proper strategies for raising red flag issues. All Nordea employees are now using the training across the globe to support a consistent training platform.

So how does one get into the Anti-Financial Crime field? Well in Alice’s case, there were multiple stepping-stones along the way. Upon graduation, Alice worked at HSBC in a rotational program as a graduate analyst. It was through this rotational program that Alice initially discovered her passion for the compliance area, enjoying the idea of keeping companies ethical and responsible. When her then fiancé and now husband received a job offer in Stockholm, the two of them decided to pack their bags and move to Sweden. Upon arrival, Alice decided that it was best to immerse herself in the Swedish culture before entering the job market, learning Swedish and pursuing a Master’s degree in Strategic Public and Political Marketing from Stockholm University. When she graduated, Alice accepted a position as an Executive Trainee at Tele2, which is a mobile operator in Europe. Within this role, she worked alongside the COO, where she gained a love for the operational field, enjoying the idea of putting together the groundwork for a company to succeed. Eventually Alice would move into the legal department as a Regulatory Affairs Associate, before leaving Stockholm for Copenhagen where she joined Nordea.

During her time at BU, Alice made sure to make the most of our global university. Alice was a member of the first international field seminar class, traveling to Dublin at the end of her freshman year. This trip helped open up her eyes to how dynamic and exciting the global economy can be, and peaked her interest to study abroad. In fact, Alice ended up staying in Dublin after the field seminar as part of the summer study abroad program, gaining valuable internship experience along the way in the human resources field. Alice would study abroad during her junior year as well in Copenhagen, the same city in which she currently resides.

When Alice wasn’t traveling around the world, she found herself holding multiple job positions on campus. Alice was a teaching assistant for the freshman introductory management class (Management as a System), the career skills courses, and head-teaching assistant for CORE and CORE marketing classes. She also worked within the career and academic advising center, where she found a passion for helping students during her free time with different course questions and overall advice inquiries. Alice was also a member of DSP, which made for a great way to connect with students of diverse backgrounds and ambitions. Outside of school related activities, she also became a bit of an events advisor, working with Sony Music as a marketing representative. In this role, she would promote different artists and bands, host events, and provide students with information on local concerts. Alice notes that in some ways this position with Sony Music acted as a fourth concentration, helping her gain valuable marketing experience.

If Alice could give her college-self a piece of advice, it would be to reconsider the amount of jobs she held and prioritize her attention towards classes. Alice had multiple jobs throughout college, all of which helped develop her skills and interests in some fashion. However, her experience of holding around three job titles simultaneously while also maintaining an overloaded course schedule added quite a lot of stress to her workload. While jobs and internships are a great resume builder, it put things in perspective that a certain balancing act has to occur as well. Questrom’s very practical approach to the course curriculum also provides valuable preparation for life after graduation, so she would advise to be strategic about which work opportunities to pursue outside of class and not to be afraid to admit when you have taken on too much.

In terms of career related advice, Alice believes that a focus should be placed on developing soft skills while in college rather than just the hard skills. While hard skills like finance and accounting are important, after gaining more work experience she realized the soft skills are ultimately what will set you apart. At the end of the day, a manager will rarely promote someone solely based on who knows the most about a certain topic, and much more often it’s the intangibles that matter, such as the ability to work in a team, manage team projects, pose thoughtful questions, utilize different perspectives, and accept feedback. This is where Alice’s entrepreneurship concentration has paid off, as the coursework helped her develop negotiation and business management skills.

As Alice has developed these skills, she’s also had to adjust her tendencies as she continues to travel. Noticing cultural differences has been an important characteristic for Alice during her global career path. For instance, while in the US people are often rewarded for taking charge and talking about their accomplishments, Alice found that Sweden was quite the opposite. The Swedish work dynamic is often built around humility and consensus, making sure everyone is supportive of company decisions and letting your work speak for itself. As the world continues to become more connected and global, catching on to these small cultural differences can have major benefits in terms of your career progression anywhere around the globe.