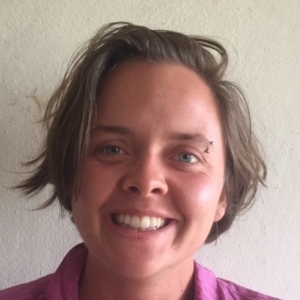 Lee currently works in a remote village in Ethiopia for an NGO that does locally-led sustainable development. Lee joined this organization because they felt a deep connection with the organization’s vision and felt that they had something to offer to the position. A common problem with international development work is that oftentimes foreign NGOs will hire western staff to work in a developing country for a role that could easily be filled by a person from that country. In this case, however, Lee felt that they had very strong analytical skills that could really help the local M&E team build their capacity. Lee was also deeply interested in living in Africa and travelling around the area. Of course, it is also important to have a solid team around you, and Lee was extremely impressed by the caliber of the people at the organization. The organization has lofty goals and is staffed by people with huge hearts, open minds, and a lifelong dedication to ending poverty by giving people the opportunity to make more meaningful choices with their lives. While mistakes are made, they all do their best, have a good time while they are doing it, and never take their minds off the ultimate goal.

Lee’s team works with farmers and helps to create local-owned cooperatives to then run programs in agriculture, financial inclusion, healthcare and education through those cooperatives and other local entities. Lee’s current position essentially consists of two very different roles (M&E and Agribusiness) combined into one based on their interests and skillsets. Monitoring & Evaluation is NGO-speak for data collection and analysis. Overall, the team is trying to understand if they are making meaningful changes in the lives of the families that they work with. (i.e. are bean yields increasing due to their technical trainings? Do more people have access to clean water due to their local water committees fixing pipes? Are mothers preparing more nutritious meals for their children using locally available/affordable materials? etc.)  In that role, Lee’s responsibilities primarily include building the capacity of the local team to run M&E in other words, they are working on operational efficiency, computer skills, statistics skills, and reporting quality.

In the Agribusiness role, their primary responsibility is to help create a strategic plan for their Union. Lee’s team has helped create 26 cooperatives and the vast majority of them sell their goods (maize, beans, ginger, etc.) to the Union. For this, Lee is working closely with the Union Manager to complete a value chain analyses on the different crops their farmers produce. One of their favorite projects was analyzing the performance of the Union. Understanding market dynamics is extremely complicated in a state-controlled economy in Africa and conducting a thorough value chain analysis was even harder. Lee notes that one misconception with non-profit work can be that there is no focus on business. However, with their team it is quite the opposite. They are trying to set up locally-owned, profitable, sustainable businesses for their farmers to run. That is to say, there are many opportunities for folks with business degrees in this field.

So how exactly did Lee end up in this position? Well after graduating from BU Lee went to work as an analyst at UBS. In the beginning, Lee was hoping to go into large-scale sustainable investing. However, after a few year working in finance Lee realized that they wanted to work in a field that might create a more systemic change (i.e. somewhere that was less prone to reinforcing a global economic system which generally serves to make the rich richer and increase wealth disparities among populations, with little focus (usually) on reversing social and environmental devastation). They wanted to understand how locally-driven initiatives could create change from the bottom up. Therefore, Lee left finance and got a masters at UC Berkeley in sustainable development. There they focused on impact data analysis and sustainable agriculture systems. Immediately afterwards they found their job at Nuru.

Lee is certainly not in the field that they had always expected. One pivotal event during their undergrad career that pushed them into this alternative field was a volunteer trip to Haiti after the 2010 earthquake. Lee states that they had never seen such abject poverty, which was so visible during their work with a travelling medical clinic that went from camp to camp and helped tens of thousands of people who had lost their homes in the earthquake. Many of them hadn’t received medical attention in months and were suffering from malnutrition, dehydration, malaria, and more. This experience resulted in Lee changing their perspective on the US economic system.

While at BU, Lee co-founded the undergrad Net Impact club with a fellow HP member, and was heavily involved with the CSC through programs such as FYSOP and ASB.  They also had a large variety of internship experience, including time spent with a small impact investing firm, a non-profit, a bank, and a start-up. They also stepped into the improv field, which received a self-review of “horrible.”

Lee was also heavily involved with the Honors Program, holding a leadership position during their time at Questrom. In terms of their own experience with HP, Lee always enjoyed hearing from alumni and going to class dinners with their fellow HP classmates.  Lee’s class traveled to Ireland for their international field seminar, which kick-started a lifelong habit of international travel and resulted in their first internship.

As a Boston University student, you are getting a very practical, valuable, high-quality degree, which is great! You’re working hard, getting internships, joining clubs, etc. So what can Lee say that you haven’t been told a million times? Well…they want to push the fact that students also have the amazing opportunity of being an undergraduate at a school with thousands of fascinating classes and very qualified professors. As a result, people should make the most of this opportunity and take a few interesting, out-of-the-box classes outside of Questrom! When reflecting on their own undergrad career, Lee wishes they had taken advantage of more of the rich liberal arts opportunities on campus.

However, Lee’s main piece of advice would be to, above all, follow your heart. You’ve got this one life and there is no point in doing anything other than what you love.