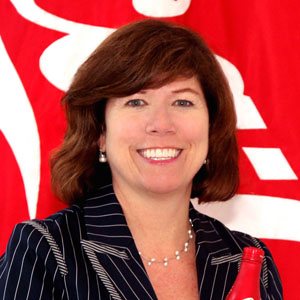 *Forum Hosts engage throughout the 60 hours at unscheduled times.

Ceree Eberly was appointed to the role of Chief People Officer and Senior Vice President for The Coca-Cola Company in 2009. She joined the Company in 1990 and has since served in a variety of leadership roles. In 1998, Ceree became the Human Resources Director, Central America & Caribbean Division in San José, Costa Rica, where she oversaw both Company and bottling operations’ human resources strategies. In 2003, she was appointed Vice President, Corporate Business Unit, where she led the support of the worldwide McDonald’s business in technical operations, quality assurance, social responsibility, communications, global juice portfolio, IT and human resources. Ceree filled this role until 2007, when she became the Group Human Resources Director for Europe.

As Chief People Officer, Ceree leads an organization responsible for developing and transforming approximately 150,000 Coca-Cola employees across more than 200 countries into a competitive advantage, and transforming the quality of the Company’s workplace into a global differentiator. The organization’s primary goal is to attract, engage and retain the best people by making Coca-Cola “a great place to work.”

Ceree currently serves on the Board of Trustees for Oglethorpe University in Atlanta and is the organization’s Chair. She is a member of HR50, a group of the most senior Human Resources leaders from around the world, a member of Women Corporate Directors, a global organization advancing best practices in global corporate governance, a member of the Corporate Leadership Council, and serves on the AACSB International Business Practices Council, which is a global, nonprofit organization devoted to the advancement of management education. Ceree is active participant of the Global Shapers, an organization of highly motivated, young individuals who have a great potential for future leadership roles in society, while also being mentor to employees throughout the Coca-Cola system.

She has a Bachelor of Arts degree from the University of Tennessee, graduating with high honors.