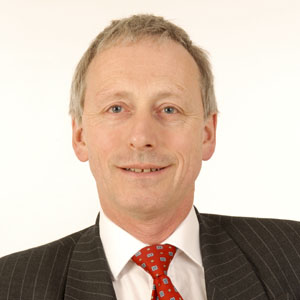 Mike Wright is the Global Chief Information Officer for McKinsey and Company, the international management consultancy. Previously he has held similar roles for Man Group plc; for Fidelity International; and for the Willis Group Ltd. All four roles have spanned multiple international locations, with genuinely global remits. At Willis, he worked closely with the private equity firm, KKR, to take the company private and then return to a public listing on the NYSE.

In addition to these CIO roles, Mike has seen the financial services industry and IT function from a number of other vantage points. Between 1984 and 1997, he worked as a consultant at both Accenture and McKinsey on various IT and general business assignments; he founded and ran a software products company for four years, and was also a non executive director of another software start up specializing in digital rights management.

In 2008, 2010 & 2011, he was voted one of the top 50 CIO’s in the UK in a survey by Silicon.com. He has been a CIO advisor for HP; part of the Accenture panel of Global CIO’s and worked with Boston University to forecast the strategic direction for offshoring and outsourcing.

Mike graduated from Oxford University with an MA in Biochemistry after doing research into Parkinson’s disease. Outside work, Mike enjoys his family, sport and travel. He is also actively involved with charity work in different roles.