I’m writing this on the plane from Sydney to Hong Kong and I suppose this is my reflection about by time studying abroad—my experiences, learning, and self-actualization.

I’ll begin with experiences. Sydney is a beautiful, beautiful city. Modern and historic architecture meld effortlessly as one, and the sparkling water brings peace of mind. It is not quite too large, not quite too crowded. There are tourists, but they weren’t obnoxious. The prices of things did freak me out for the first week or so, but I got used to it. The program itself was the perfect size, allowing me to have my own choice of friends, but being able to at least meet once or recognize everyone in the program. We went out quite possibly to every recognizable bar, club, and lounge in Sydney. I made new friends, some of which included owners of restaurants and bars that we frequented, and natives from Sydney and Melbourne. I saw the most beautiful fireworks in Darling Harbor, learned how to Surf, and sky dived across a beach. I had the opportunity to travel to Melbourne, Tasmania, and Cairns (The Great Barrier Reef). And finally, I did a 24-hour last harrah, where I showed my father all the touristy things to do (see my photos) and even brought him to Lednyak and Associates in Chippendale, where I had interned for the last two months.

I learned to budget in order to experience the land down under as fully as I could. I improved my negotiating skills, and taught myself how to stand up for myself, as well as clearly think through delivering my ideas in ways that people can fully understand, both verbally and in writing. I figured out that I’m not very witty, but my friends still accept me anyway. I also realized that every relationship takes time and effort to build, and each one you have, whether it be a significant other or a good friend, truly deserves your time.

And yet with so much that I experienced and learned, I haven’t quite felt like I said goodbye. Usually, I have this overwhelming sense of sadness, regret, and separation anxiety from the people I became friends with over the course of a program. This time is different. I feel like I have developed that blasé attitude that CGS taught us in Social Science, where copious experiences leave you feeling indifferent. At first, it made me feel insecure, as I am used to a wave of depression signifying an awesome trip that I’ll never forget. But I suppose now I realize that being underwhelmed by the end IS really quite beautiful. It may be because I’m still thousands of miles away from home, and haven’t gotten that chance yet to be by myself. It also may be the fact that I just watched Divergent on this flight (awesome movie, watch it if you haven’t), that I’m feeling even more ‘unfactioned.’ I leave Australia with beautiful memories and amazing friends. Those relationships that I have built will last a lifetime, and those that don’t will decide to be a part of my life when they wish to. And in the blasé, I find myself divergent. And perhaps it’s because this plane ride to my next destination is not a farewell to the charming encounters in Australia, but a see you later. 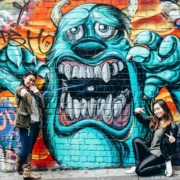 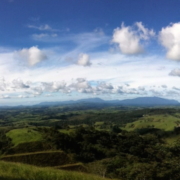 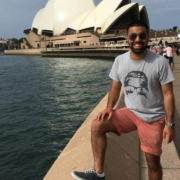 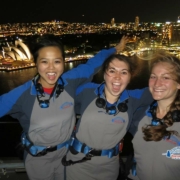 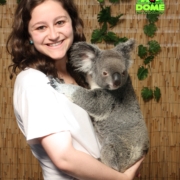 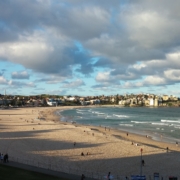 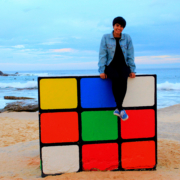