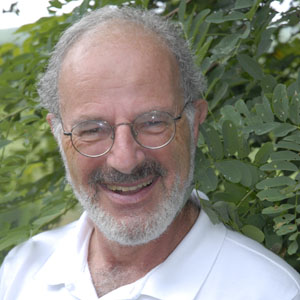 In 2003 Guy Pfeffermann founded the Global Business School Network on the principle that skilled management is critical to successful international development.

After 40 years as an economist at the World Bank, including 15 years as Chief Economist of the International Finance Corporation, he saw too often how lack of management talent was impeding economic and social development in communities throughout the developing world. Now as CEO of GBSN, which started at the IFC and is today an independent nonprofit, Guy oversees programs and events that harness the expertise and passion of a worldwide network of leading business schools to strengthen the institutions and educators who deliver management education for the developing world. GBSN’s unique approach pairs a robust network of experts with efficient administration to build institutional capacity, foster collaboration and disseminate knowledge, all aimed at promoting management education that delivers international best practice with local relevance.

Born in Montauban, France, Mr. Pfeffermann received his Licence en Droit et Sciences Economiques in Paris in 1962 and was awarded first prize, Concours General, a French national inter-university essay competition. He was a Besse scholar at St. Antony’s College, Oxford from 1962-65 and received a B.Litt. (Oxon.) in 1967 for his thesis: “Industrial Labour in Senegal,” which was also published as a book.

From 2000-2003 he was an Adjunct Professor at Johns Hopkins University, School of Advanced International Studies. From 2003-2007, he was a member of the Board of Directors of the GlobalGiving Foundation. He published “Paths out of Poverty – The Role of Private Enterprise in Developing Countries (IFC, 2000). He is currently on the Advisory Board of the Association of African Business Schools (AABS). Guy is also a member of the African Management Initiative’s Advisory Panel. His most recent publications include “Technology, Education and the Developing World” in nBizEd, a publication of the AACSB (July/August 2013) and “Cutting a Path to Prosperity – How Education Pioneers are Building Better Business Schools for the Developing World… and Why” (with co-authors, 2013). Guy is a Fellow of the International Academy of Management.