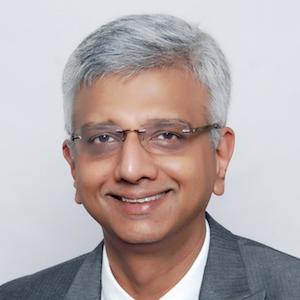 Ambi as he is known, is a Chemical Engineer from IIT Madras (Indian Institute of Technology) and a Management Graduate from IIM Calcutta (Indian Institute of Management).  In a career spanning three decades he has handled assignments in marketing, sales and advertising with companies like Rediffusion DY&R, Boots Company and UDI Yellow Pages before dropping anchor at FCB Ulka Advertising over two decades ago.  He has had a key role in the transformation of Ulka Advertising into FCB Ulka Group, one of India’s top three marketing communication group, with interests in advertising, media, consulting, digital, and healthcare. He has worked on numerous brands including Digene, Brufen, Santoor Soap, Sundrop Cooking Oil, TCS, ICICI Bank, Wipro, Tata Indica Cars, Zee TV among others, covering diverse categories such as automotives, healthcare, telecom, FMCG, corporate etc.

Ambi has been contributing articles to premier business publications, has conducted seminars and branding workshops for Indian/ MNC organizations and industry bodies. He has been a speaker at international forums including the Kellogg India Conference at Northwestern University and Cornell University; he has also been a guest faculty at several business schools including Indian School of Business and his alma mater, IIMC. He has also presented papers at international conferences of Association for Consumer Research and INFORMS.

Ambi now has seven books to his credit including: “FCB-Ulka Brand Building Advertising – Concepts and Cases”; “Building Brand Value – Five Steps to Building Powerful Brands” (Winner of 2007 NTPC – DMA Book Prize), and “For God’s Sake – An adman on the Business of Religion” (the last book was inspired by his research on “Religion and Consumer Behaviour”)

Ambi is involved in several industry organizations such as CII, IAA and has served as the President of Advertising Club Bombay. He successfully completed his PhD from Mumbai University in 2012, and the Advanced Management Programme from Harvard Business School in 2014. He was inducted into the Board of Governors of IIMC in 2007 and he received the Distinguished Alumnus Award from IIT Madras in April 2009. Ambi was elected as the President of the apex advertising industry body, the Advertising Agencies Association of India (AAAI) in July 2014.