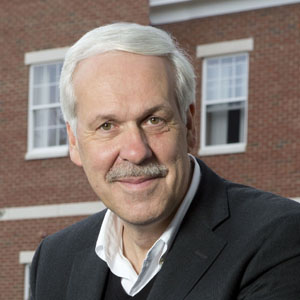 Dr. Paul J. LeBlanc is President of Southern New Hampshire University (SNHU).  Under the ten years of Paul’s direction, SNHU has more than quadrupled in size and is the largest provider of online higher education in New England, one of the five largest in the country, and the first to have a full competency-based degree program untethered to the credit hour or classes  approved by a regional accreditor and the US Department of Education.  In 2012 the university was #12 on Fast Company magazine’s “World’s Fifty Most Innovative Companies” list and was the only university included.  Paul won a New England Higher Education Excellence Award in 2012 and had repeatedly been named one of “New Hampshire’s Most Influential People” by New Hampshire Business Review.  In 2012 Forbes Magazine listed him as one of its 15 “Classroom Revolutionaries,” he was featured on Bloomberg TV’s “Innovators” series, and Fast Company included him in its “1000 Most Creative People” List.  He speaks frequently to industry, IHEs, associations, and other higher education stakeholders and often appears in the media.

Paul immigrated to the United States as a child, was the first person in his extended family to attend college, and is a graduate of Framingham State University (BA), Boston College (MA), and the University of Massachusetts (PhD).  From 1993 to 1996 he directed a technology start up for Houghton Mifflin Publishing Company, was President of Marlboro College (VT) from 1996 to 2003, and became President of SNHU in 2003.  His wife Patricia is an attorney and their daughter Emma is a Rhodes Scholar completing a D.Phil at Oxford University.  Younger daughter Hannah is completing her PhD at Stanford University.  Annie, their black Labrador Retriever, studies sleeping on the couch and ways to steal food from the counter tops.