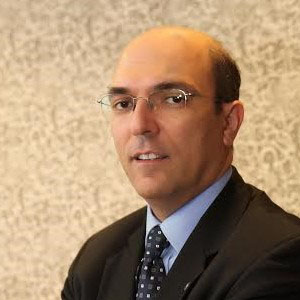 Kamel led a major repositioning of the school by adopting a multi-tier thematic approach that included entrepreneurship, innovation, leadership and responsible business.  During his tenure, he initiated the process for EQUIS, AMBA and ACCET accreditations and got the school reaccredited by AACSB in 2011.  The school became ACCET accredited in 2011; AMBA and EQUIS accredited in 2014 joining only 70 business school in the world that are triple-crowned.  In addition, the MBA program ranked top by Forbes ME in 2012 and executive education open enrolment ranked 68th by the FT in 2014.  He helped establish the Center for Entrepreneurship and Innovation investing in Egypt’s young promising entrepreneurs through supporting startups, business plan competitions, bootcamps, and mentorship becoming the country’s leading educational partner in the entrepreneurship ecosystem.  He also established the university’s Venture Lab becoming Egypt’s primary university-based incubator.  Kamel has a long experience as an academic leader investing in human capital, building and managing executive development institutions addressing management, governance, entrepreneurial, and leadership issues.  He was associate dean for executive education (2008-2009); director of the Management Center (2002-2008) and director of the Institute of Management Development (2002-2006).  Before joining AUC, he was director of the Regional IT Institute (1992-2001) and helped establish and manage the training department of the Cabinet of Egypt Information and Decision Support Center (1989-1992).  Kamel is an advocate of diversity, empowerment, inclusion and using a bottom-up leadership approach.  Kamel holds a PhD in Information Systems from London School of Economics and Political Science (1994), an MBA (1990), a BA in Business Administration (1987) and an MA in Islamic Art and Architecture (2013) from the American University in Cairo.  His research and teaching interests include management of information technology, information technology transfer to developing nations, electronic business and decision support systems.  His work is broadly published in IS and management journals.  He is the associate editor of the Journal of IT for Development and the Journal of Cases on Information Technology.  Kamel is an Eisenhower Fellow (2005).  He is the executive VP of the American Chamber of Commerce in Egypt (2012-present); board member of the Egyptian American Enterprise Fund (2012-present); and RISE Egypt (2013-present).  He is a member of the Institute of Corporate Directors Canada (2014-present) and Egypt-US Business Council (2013-present).  He is a founding member of the Internet Society of Egypt.