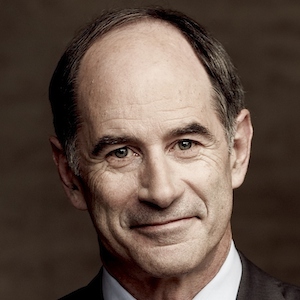 Wed 10/1, 10am – 11am EST
Forum: Increasing the Value of Management Education

Roger Martin is Premier’s Chair in Productivity & Competitiveness and Director of the Martin Prosperity Institute at the Rotman Questrom School of Business.  From 1998 to 2013, he served as Dean.  In 2013, he was named global Dean of the Year by the leading business school website, Poets & Quants. Previously, he spent 13 years as a Director of Monitor Company, a global strategy consulting firm based in Cambridge, Massachusetts, where he served as co-head of the firm for two years.

His research and writing is in six related areas: Integrative Thinking, Design of Business, Strategy, Incentives & Governance, Competitiveness & Prosperity, and Social Innovation. He writes extensively and is a regular contributor to Harvard Business Review having written 19 articles and maintained a regular blog on HBR.org. He has published eight books the most recent of which is Playing to Win written with A.G. Lafley (Harvard Business Review Press (HBRP), 2013). It won the award for Best Book of 2012-13 by the Thinkers50.  Previous books include Fixing the Game (HBRP, 2011), The Design of Business (HBRP, 2009), and The Opposable Mind (HBRP, 2007). In addition, he co-edited Rotman on Design (with Karen Christensen, Rotman-UTP Publishing, 2013).

In 2013, Roger placed 3rd on the Thinkers50 list, a biannual ranking of the most influential global business thinkers, behind only Clay Christensen (The Innovators Dilemma) and Chan Kim (Blue Ocean Strategy). In 2010, he was named one of the 27 most influential designers in the world by Business Week. In 2005, Business Week also named him one of seven global ‘Innovation Gurus.’

Roger is a trusted strategy advisor to the CEOs of companies worldwide including Procter & Gamble, Lego and Steelcase.

A Canadian from Wallenstein, Ontario, Roger received his AB from Harvard College, with a concentration in Economics, in 1979 and his MBA from the Harvard Business School in 1981.